CHRONICLES OF THE GREATER DREAM

Order paper version of the book on

Cast in the familiar form of a fantasy novel, this sweeping trilogy by Miguel Errazu (alter ego of the art writer Michael Francis Gibson) is a work of tremendous scope, imagination and sensibility. Combining imaginative playfulness, colorful imagery, and seriousness of purpose, this wise and witty book is about our being in the world and about the status of the imagination in modern society. The thrilling narrative conjures up a parallel world of such dazzling beauty that it should prompt readers to stand up, like the protagonist of this tale,  and reclaim this half-forgotten dimension of their own  lives

First Episode: The Riddle of the Seal

In The Riddle of the Seal, the first episode of this story, we happen upon an amnesic youth detained in a secret prison at the heart of a nameless desert – he thinks his name is Teddy. He shortly makes his escape and, with some  newfound friends, he undertakes a journey that will reveal his long forgotten identity and invite him to reclaim his royal heritage: Gondwana, “the famed Third Hemisphere of Antiquity” over which his grandfather  had once reigned. These Chronicles relate Teddy's epic journey through the land, in the course of which he is challenged to solve a seemingly insoluble riddle,– the riddle of the seal – which,  appears to be relevant to every human life.  This is fantasy without the usual trappings of magic, for what need does one have for spells and spirits when one has the inexhaustible magic of the Third Hemisphere?  Izhar Cohen's witty and poetic illustrations weave a delightful counterpoint into the three episodes of this great tale of adventure.

“This is absolutely a book for our time. Part fantasy, part adventure, part mystery it is also a metaphor for a world in need of healing of itself. Extraordinarily, sometimes eerily, imaginative, the story will appeal not only to those who enjoyed the fun of The Lord of the Rings sagas but to those looking for modern political and ecological parallels.” Harvey Bamberg.﻿﻿

Second Episode: The Sleepers of Lethe

In the second volume, Teddy and his friends recover the bodies of the Sleepers of Lethe, seven legendary figures that have been resting for close to a hundred years beneath the colossal glacier of Oblivium. As Teddy continues his journey, he discovers love, begins to remember his own past and understands at last why his grandfather was sent into exile, why both his parents were assassinated, and why he himself was being secretly detained.

“A great history - original, and marvelous and strange and fascinating!” Brian O’Doherty

“An unusual work of high literary fantasy. The author’s astonishing powers of invention propel us beyond time and space, into a strangely familiar world that is a mirror-image of our own. A work of strong humanistic and internationalist convictions.” World Heritage, October 2007

Third Episode:  The Garden of all the Dreams

Will Teddy and his allies manage to overthrow the sinister coalition of what Miguel Errazu calls the "blunt forces of the bottom line"?  The Garden of all the Dreams answers this question and completes the trilogy.  At the end of this tale, the adventurous travelers venture together into the endless Garden of Perfect Light, there to reestablish the long-lost contact with the Emblemata, the mysterious Living Statues of Gondwana, surely the most fascinating creatures ever imagined by humankind.  They soon realize that the balance and stability, not only of Gondwana, but all other human societies has always depended on the interaction between humankind and these great poetic entities.  Indeed, as the new government of Gondwana soon enough realizes, the country itself could not possibly hope to survive unless the world is prompted to acknowledge this surprising discovery and act upon it. This is the driving purpose behind the ambitious Greater Dream Project recently launched by the government of Gondwana. Awaiting all comers, Gondwana and the Greater Dream offer a tantalizing glimpse of what humankind can still be expected to achieve.

The famed Third Hemisphere of Antiquity 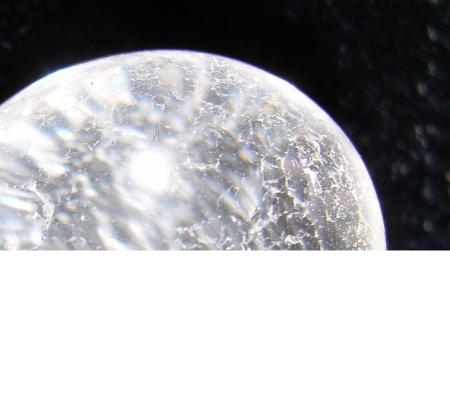